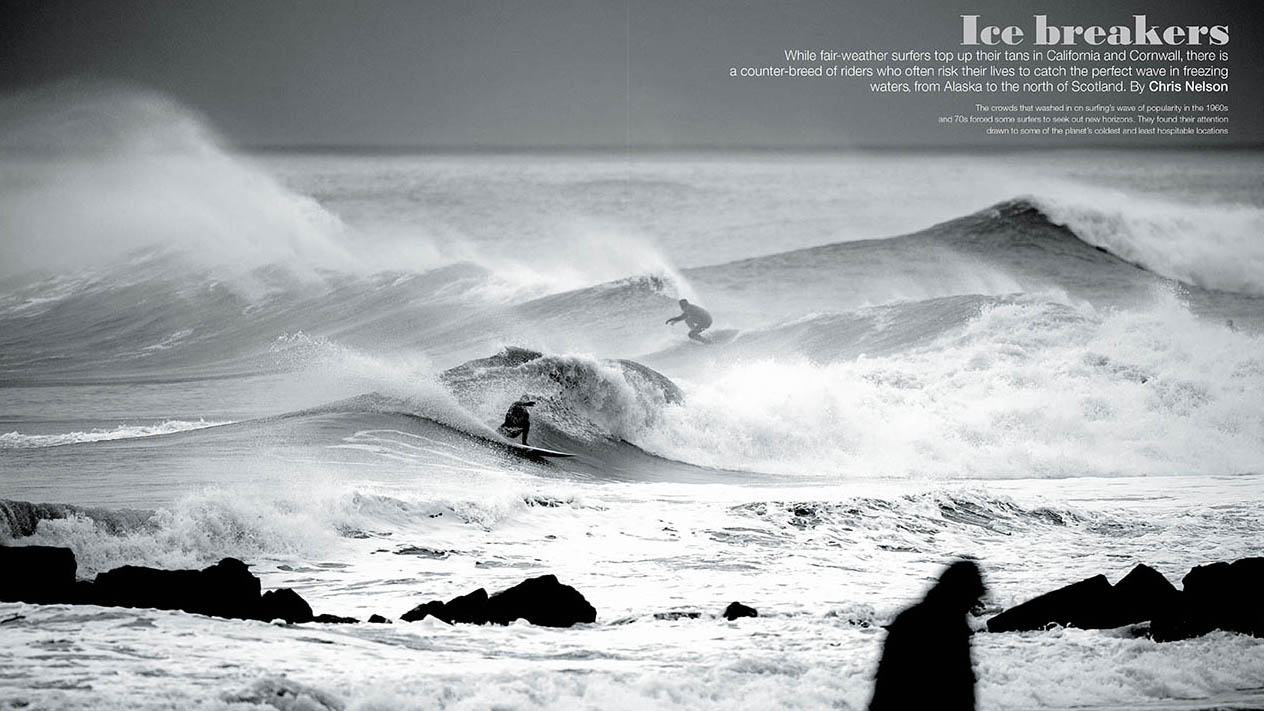 Chris Nelson was commissioned to bring to life the untold story of cold water surf pioneers for a main editorial feature for The Telegraph Magazine.

Written by Chris Nelson the 6 page feature brings together interviews and anecdotes in a compelling read. Published by The Telegraph Magazine.

Chris was commissioned by Telegraph Magazine to write an in-depth yet accessible feature about those surfers who shun warmer climes to ride waves. The 1700 word article drew on the stories of pioneering surfers from Alaska, Nova Scotia and Scotland, bringing to life their adventures and the spirit that drove them to break trail in these frigid waters. The article ran as one of two main feature pieces in the weekend Telegraph Magazine, with images sourced by Demi Taylor from leading photographers.

Charlie Skultka frantically scanned the frozen shoreline, the dark fringes where the raging Pacific collides with the forest-shrouded Mount Edgcombe volcano. Waves pounded the razor-sharp lava reefs, offering no safe haven for him to scramble ashore. He’d been drifting in the icy waters for about six miles and was beginning to run out of island.

For most people ‘do or die’ is a slogan, a mantra to stoke the fire or push them out of their comfort zone. Here in Alaska it is a very real possibility. Having wiped out and lost his surfboard, Skultka was locked in a fight for his life. Without the extra buoyancy afforded by his board, he was like a leaf in a river, helpless against the torrent.